As Tiruchirappalli is surrounded by a lot of temples, churches, mosques and picnic spots on all directions, there are few more places in Trichy, which are radically distinctive from the above-named sites.

They are Amma Mandapam and Kaveri Bridge (Cauvery bridge) which stuns tourists and local population with its never ceasing beauty. 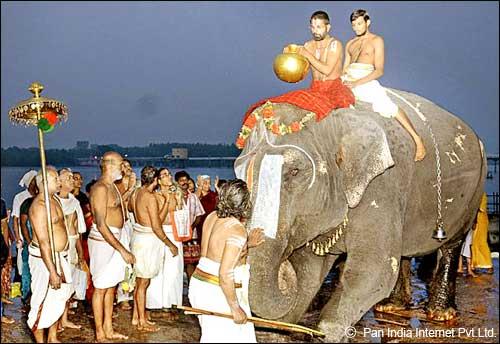 The Amma mandapam is a typical ghat (a stairway leading down to a landing in the Kaveri River) located 2 km away in the opposite direction of Srirangam Sri Ranganathar Swamy temple. The Amma Mandapam ghat is the home of numerous ceremonies and rituals.

The holy water of Kaveri River is collected in a golden pot and carried by the temple elephant Andal. While the elephant is accompanied by mangala isai from nadaswaram and thavil (music from a wind and percussive instrument) all the way to Srirangam temple, it is a unique ceremonial kind of a scene to be delighted.

The holy water is used for Abhishekam (devotional activity) devoted to Lord Ranganatha. The amma mandapam ghat is widely used as a pilgrim’s bath spot and for rituals dedicated to forefathers. 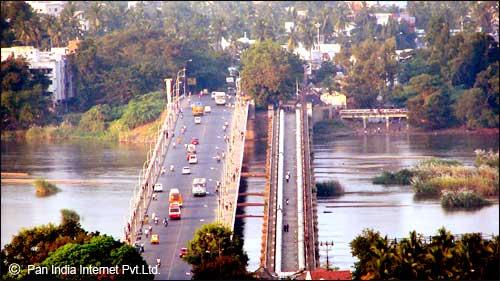 The Kaveri Bridge, also referred as 'Kaveri Paalam' is not a typical tourist site, but a long bridge which tourists cannot afford to miss. As a matter of fact, the bridge is considered as the beach of Trichy for its simple yet awesome experience it offers. Though the river is suffered from dryness for quite some time, it did not stop people from visiting the bridge. It is a kilometer-long bridge which links Srirangam Island with Trichy city.

Having a great extent from one side to the other, the Kaveri bridge is a tremendous place to chill out after the sunset. The nonstop breeze, the vibration that can be felt due to the frequent movement of vehicles across the bridge, the broad landscape around, it will be a terrific scene which visitors cannot miss. The roadside food stalls add more flavour to the time one stays at the bridge. Tout ensemble, for Chennai it is Marina beach and for Trichy, it is none other than Kaveri bridge.