A historic Hindu temple located on the fringes of the Tiruchirappalli city, Sri Uthamar Kovil is an illustrious temple dedicated to the Trimurtis of Hindusim - Lord Vishnu the Preserver of the Universe, Lord Shiva the Destroyer of the Universe and Lord Brahma the Creator of the Universe. Just 11.2 km away from the city center of Trichy and 3.9 km away from the temple town of Srirangam, Uthamar Kovil is one among the 108 Divya Desams (the 108 Vishnu temples that are named in the compositions of the Tamil Azhwars). 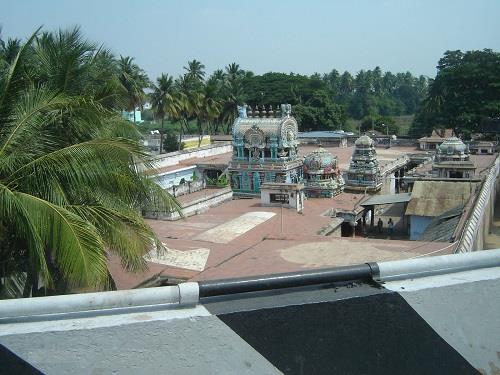 Standing majestically portraying the age old Dravidian style of architecture, Arulmigu Uthamar Kovil is lauded in the Nalayira Divya Prabandham, a massive collection of four thousand Tamil hymns written by the 12 Azhwars (poet saints) from the 6th–9th centuries AD. The renowned temple is considered to have been constructed by the Medieval Cholas (the greatest South Indian empire) of the late 8th century AD, with subsequent contributions from the rulers of Vijyanagara Empire and Nayaks from Madurai Nayak dynasty. A behemoth granite wall fences the temple and the sacred temple tank is situated just outside the main entrance of the temple. 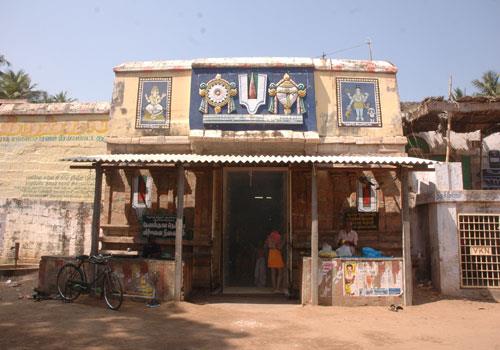 Uthamar Kovil was once called as Kathambanur. Legend has it that Lord Vishnu once desired to examine the veneration of Lord Brahma. As a part of his test, Lord Vishnu emerged as a Kadhamba tree in the site and Lord Brahma, learning this, commenced with his poojas with Thirumanjanam (ceremonial bath to deities). The water used by Lord Brahma for the ceremonial bath of deities filled a tank, which later came to be called as 'Kathamba Theertham'. Lord Vishnu was gratified with the veneration of Lord Brahma and granted a blessing to Lord Brahma to possess a temple in this place. As Lord Vishnu appeared here as a 'Kadhamba Tree', this place was called as 'Kathambanur', which later became 'Karambanur'. 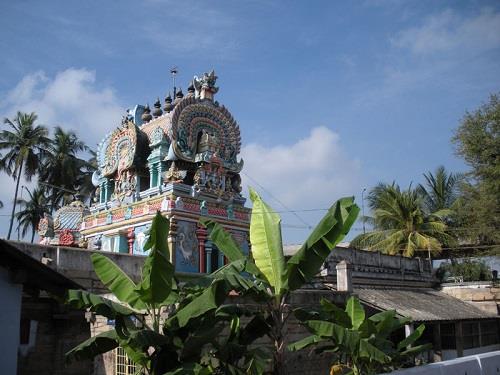 Even today, many people use the name 'Bhikshandar Kovil' instead of its present name. Another legend has it that both Lord Shiva and Lord Brahma were having five heads. Goddess Parvti (Shiv-Patni), on finding someone with five heads, she mistook Lord Brahma for her consort. The goddess went ahead and performed 'Padha Pooja' for Lord Brahma thinking that it is her husband. Lord Brahma, realizing Goddess Parvti's misunderstanding remained calm and accepted the worship. Lord Shiva entered and understood that the goddess had no idea about performing Padha Pooja to Lord Brahma. 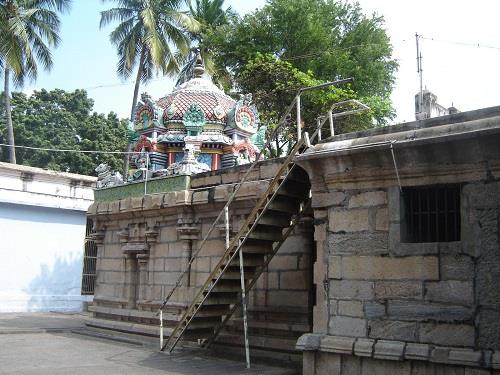 Lord Shiva was furious and he plucked the fifth head of Lord Brahma. Since then Lord Brahma has had only four heads and is called as 'Chaturmukha'. The removed head got attached in the hand of Lord Shiva because of a curse of Lord Brahma. To come out of the curse and sin, Lord Shiva went on a pilgrimage and worshiped Lord Vishnu at this temple as Bhikshadana, he was from a part of his sin. On continuing his pilgrimage, Lord Shiva was fully relieved from his sin. As Lord Shiva visited this holy site and got relived from his doshas, the place is known as 'Bhikshandar Kovil' often spelt as 'Pitchandar Kovil'. 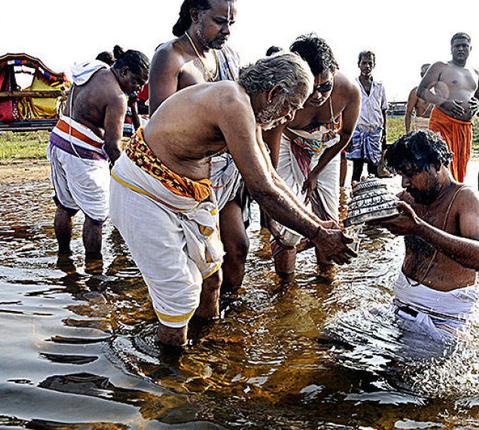 Uthamar Kovil has separate shrines and deities for Purushottamar (Lord Vishnu), Bikshandar (Lord Shiva), Lord Brahma and their consorts Goddess Poornavalli, Goddess Soundaraya Parvathi and Goddess Gnana Saraswathi. Arulmigu Uthamar Kovil is one among the very few ancient places of worship for Hindus in the globe, where the Trimurti of Hinduism (Lord Brahma, Lord Vishnu and Lord Shiva) are revered with their consorts in six separate shrines (sannidhis) inside the same temple. 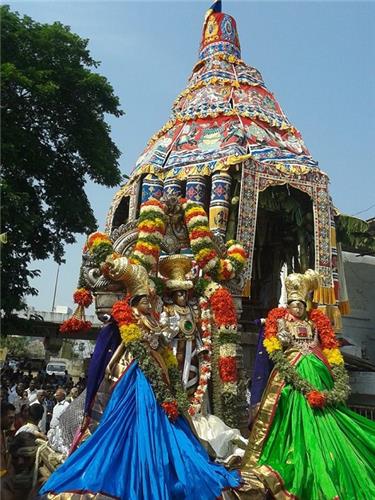 Goddess Gnana Saraswathi here is seen with palm leaves and prayer beads (japa maalai) in her hands instead of a Veena. Devotees offer pure white clothes to the goddess, seeking blessings for good knowledge and education. Lord Brahma here is offered with Aathi leaves and curd rice as Naivedyam and worshipped for a long and healthy life. Purushothaman Perumal (Lord Vishnu) is seen in his usual reclining posture (Bujanga seva) while the festival deity (utsava murthy) is seen in a standing posture. Goddess Poornavalli thayar offer her blessings from a separate shrine close to Mother Mahalakshmi. Lord Bikshandar (Lord Shiva), in the form of Linga offers his blessings from behind Purushothaman Perumal.

Uthamar Kovil is also worshipped as a Saptha Guru Stahalam as the seven Jupiter (Guru) deities, that is to say,
are revered with special thriumanjanam and poojas.