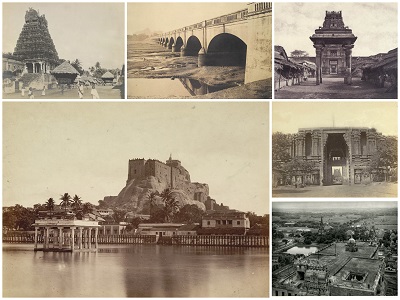 Trichy also known as Tiruchirappalli is acknowledged as one of the oldest urban centres located in the southern state of Tamil Nadu. Trichy was reined by all three major dynasties of South India that is to say Pallavas, Cholas and Pandyas.

As a matter of fact, the capital city of Chola dynasty (one of the longest-ruling dynasties in the history of southern India) dated back to 300 BC was “Woraiyur or Urayur” which is a part of contemporary Tiruchirappalli district.

The history of Trichy originates from the reign of the Pallava king Mahendravarman I, who dominated the whole of South India during 6th century AD. He established cave temples in “Rockfort”, which is even celebrated today as the temple of Lord Ganesha. After the demises of the Pallavas, the city of Trichy was dominated by cholas, where they constituted “Woraiyur” as their capital city.

After the fall of Chola emperors, the region was occupied by Hoysalas during 1225 AD. Hoysalas were the emperors of the present day Karnataka region, but they also spread their wings to some of the places of Kaveri delta. After the end of their reign, the region was extensively dominated by Pandyan or Pandian dynasty, an ancient Tamil dynasty. During the rule of the Muslims, the idol of the Lord Ranganatha temple of Srirangam disappeared and was recovered after 50 years.

Trichy was a part of Vijayanagar Empire after the rule of Mughals. Trichy was the capital during the rule of Madurai Nayak Kingdom from 1616 to 1634 and from 1665 to 1736. The period of 1736 marks the region of Tiruchirappalli captivated by Chanda Sahib. He dominated the land starting from 1736 to 1741. The region was then administrated by the Maratha general Murari Rao from 1741 to 1743. Following the subsequent reign of various kingdoms it was British who finally took control of the region during the year 1801.

Trichy was included into the Madras Presidency, the same year, and the district of Trichinopoly was emerged, with the city of Trichinopoly or Trichy as its capital. During the British Raj, Trichy emerged as one of the most important cities of Tamil Nadu with the second largest population after the capital city Madras. Trichy was under the British rule for almost 150 years till India got independence during 1947. Even during the early 20th century, the city was fast growing but lost its pace after independence giving way to districts like Coimbatore and Salem.