During the prehistoric times, the penetration of Islamic ground forces in the state impacted in the propagation of Islamism in all over the region resulting in construction of the number of mosques in the city.

Baba Natharvali holds a unique place in the list of Islamic saints, who was a sultan but ignored the delights of majestic life. Baba 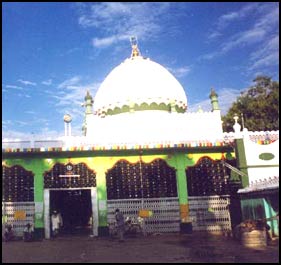 atharvali crowned his brother as a sultan and started his holy journey in an effort of extension of Allah's glorification as per the beliefs. During his holy journey, Baba Natharvali visited Trichy 1100 years ago and was the first Sufi who brought Islamic beliefs to Tamil Nadu.

The Chowk Maidan dargah is located near town hall, Trichy.The dargah was actually built during 1736 AD and dedicated to Islamic soldiers by Rani Mangamal (Queen Regent of Madurai Nayak Kingdom). 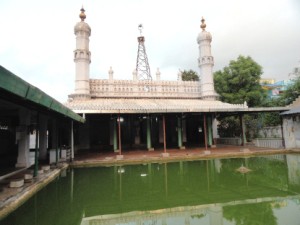 The mosque at Periya kadai veedhi, Trichy was built by Begam Sahiba of Kerala, who is one among the wives of Nawab of Arcot. The Islamic month of Ramadan, is celebrated and many events are conducted in the mosque. During Ramadan fasting, the mosque serves ‘Iftar’ dinners as a part of the traditions.

The Kanmian masjid was built in honor of Prophet Kanmiyan Sasith who visited Tiruchirappalli. The local population gathers in large numbers during the festivals observed at the masjid.