Trichy is literally located at the midpoint of the state Tamil Nadu. The natural geographical feature of the city paves the way for exceptional transportation facilities. The city is well-knitted with rest of the districts in Tamil Nadu and other states throughout the country. Transportation plays a major role in everyone’s life as people tend to move from one place to another almost every day in their life. For a place like Trichy, which is a commercial and industrial centre in the central Tamil Nadu, transport plays a vital role to its economic growth.


Transport Facilities and Options in Trichy

Trichy city has developed its transport infrastructure over the years to respond to the needs of the people. Trichy is well connected by Road, Rail and Air. Trichy city not only has frequent local transport facilities for requirements within the district, but also has tremendous facilities to connect with other districts and states.


Some of the available transport facilities in Trichy region are 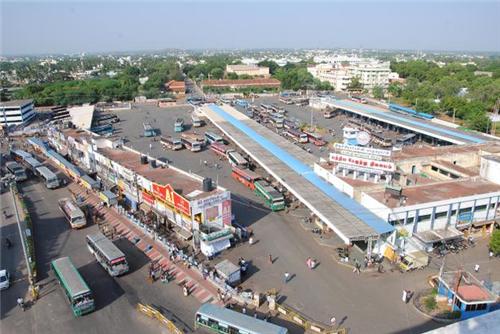 The road transport facilities in Trichy city are regulated by the Tamil Nadu State Transport Corporation (TNSTC), a Government of Tamil Nadu’s undertaking. Trichy falls under Division 1 of TNSTC with operate with its home office at the temple town of Kumbakonam, Tamil Nadu.

It is important to note that roadways are the most preferred way of the transportation system in Trichy city. Apart from the Government operated buses within the city, a lot of privately owned buses are operated from Trichy connecting other important towns and cities of the state.

Frequent bus services are available to Tanjore, Chennai, Kanniyakumari, Coimbatore, Kodaikanal, Tirupati, Madurai, Salem, and Bangalore and to many other parts of the country.

With two exclusive bus terminus in fully operational mode, that is to say, Trichy Central Bus Stand and Chatram Bus Stand; the rockfort city offers no trouble to visitors and local population in terms of moving around.

Apart from buses, auto/rickshaws are operated almost from all the prime points of the city around the clock. 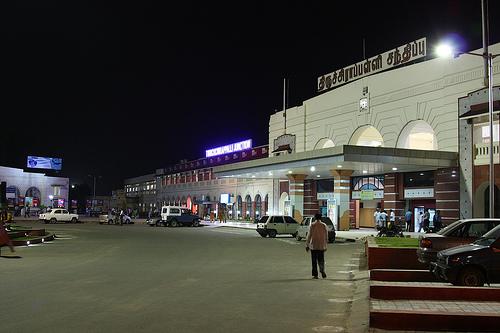 Trichy is a significant railway junction located in the central part of the state and comprises a separate section of the Southern Railway.

Frequent train services are available to various important towns and cities across the country which includes Tanjore, Chidambaram, Madurai, Coimbatore, Chennai, Tuticorin, Bangalore, Mysore, Kochi, Kolkata and so on. Almost, nine express trains are operated from the city on a daily basis and to name a few are the Rockfort express, Vaigai express and so on. The Mysore express is operated from Trichy to Mysore on a daily basis which comes as a big boon for people who look for a reasonable connectivity option to the southern metropolis of Bangalore. 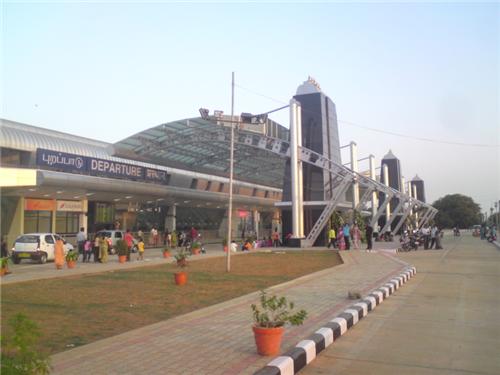 The Trichy International Airport is the second most prominent airport in the southern state of Tamil Nadu after Chennai Airport.