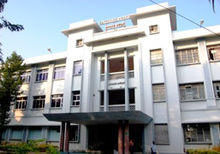 The executive body of Tiruchirappalli Municipal Corporation is led by Chief Commissioner, and the legislative body is led by Mayor.

The executive body of the Tiruchirappalli Municipal Corporation is comprised of seven functional departments viz.