Being the official address of historic landmarks like Rock Fort and Srirangam Royal Temple Tower, Trichy is also distinguished for its singular festivals. In a way, Trichy can be referred as a 'City of Festivals' as the region would not spend a month without celebrating five to six festivals, at the least! There is no wonder over the fact that Trichy always dons a festive costume throughout the year as the urban center is basically a spiritual hub. With temples and other religious sites dotted across the length and breadth of the city, Trichy exemplifies on how well a festival can be celebrated! 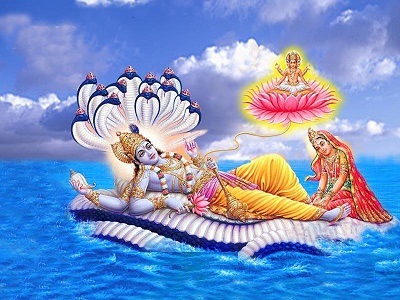 Most of the regional festivals of Trichy are based on a spiritual conception or associated to a mythological tale or event. The name Trichy reminds of Vaikuntha Ekadashi to many as the singular festival tops the list of the most important festivals celebrated in the region. It would not be an overstatement if we say that Trichy has demonstrated the significance of Vaikuntha Ekadahi to the rest of the world! 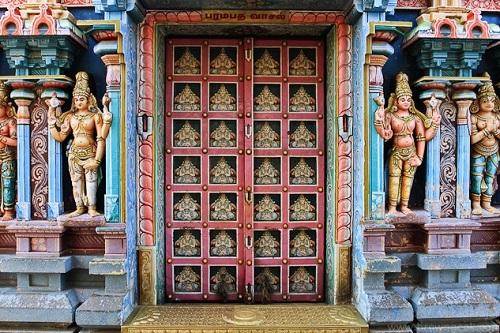 (northern gate - holy gateway to heaven) through which Sri Ranganathaswamy is brought out. Well, the approximation might be right, but it is just one percent of the whole festival that comes about over a long period of twenty-one days.


Significance of Vaikuntha Ekadashi in Trichy

Vaikuntha Ekadashi at Srirangam Sri Renganathaswamy Temple in Trichy lasts for twenty-one days - which is split up into two parts; pagal pathu and Ira pathu. The ten days before the occasion of the Ekadashi is referred as Pagal Pathu (morning part) and the ten days after Ekadashi is observed as Ira Pathu (night part). Naalayira Divya Prabandham (collection of 4,000 Tamil verses wrote by the 12 alvars) and One Thousand Pasurams (hymns) by Nammazhwar are recited to the deity during the 21 days of festivities. 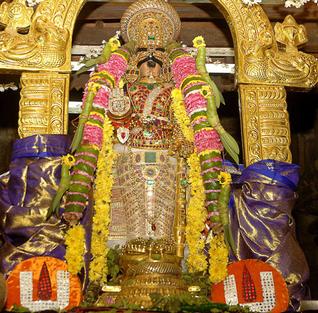 The festivities commence with the recital of Thirunedunthandakam - pasurams of Thirumangai Azhwar. Day-after-day, Sri Renganathaswamy is brought to the Arjuna Mandapam in Leonine Walk. The shrine of Islamic princess who turned an ardent follower of Sri Renganatha Swamy called as Thulukka Nachchiar Sannidhi is located in the same Arjuna Mandapam. Vethalai Pakku (Betel leaves and nuts) is sent out to the Renganatha Swamy from Thulukka Nachchiar shrine as a part of the divine formality. 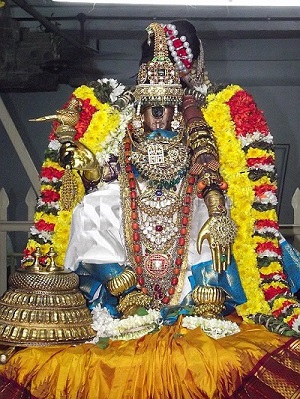 The araiyars (temple priest) performs the ritual singing and portrayal of the pasurams. Thus, these ten days are called Pagal Pathu as each day will have a unique demonstration. The tenth day is considered to be the special one as the Renganatha Swamy assumes the physical form of Mohini. Appareled in pure achromatic silk, with the braids long and embellished, the Renganatha Swamy in the form of Mohini (Mohini Alankaram) is likely to stun the devotees with its sheer beauty! 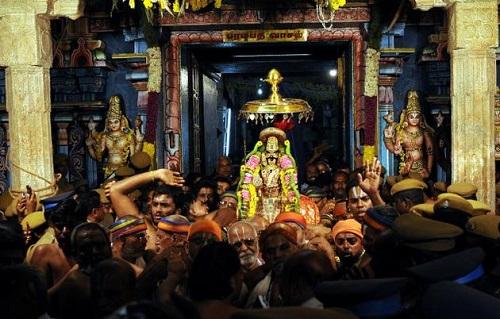 The divine procedures and celebrations start as early as 3:00 AM on the Ekadashi day. On this most important day, the Renganatha Swamy is adorned with bejewelled armor, which is obscured by a special shawl. The Lilliputian parrots on the lord are a result of the phenomenal handiwork of expert garland makers of Srirangam Saathara Veedhi in Trichy. After a few other divine procedures and recitals, the Arya Bhatal doorways are slammed shut! And in the end, Swamy arrives at the Swarga Vaasal - the gate to Vaikuntha and the doors are thrown open! 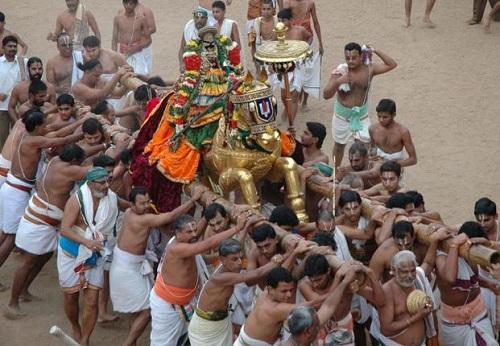 Emerging out of the holy doors, the Renganatha Swamy proceeds to the 1000 Pillared Mandapam and goes up to the Thirumamani Mandapam. This particular celebration is considered as the heights of all spiritual fetes observed in Trichy. On the Ekadashi day, the lord turns a king and is called as Sri Rangaraja. The lord runs his holy durbar in that massive mandapam which is decorated by an erected pandhal. Throughout the holy day, pasurams are recited, and the lord returns to sannidhi late in the nighttime. 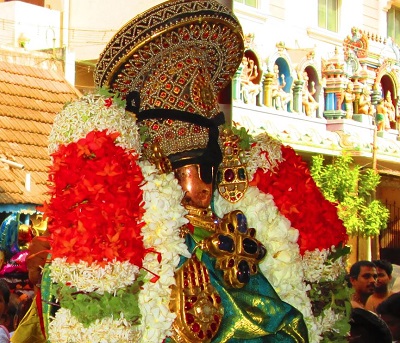 Massive crowds throng the Mandapam to get a glimpse of the amazingly decorated Renganatha from early morning to midnight. Devotees engaging in bhajans and fasting throughout the day is a usual sight on the day. As a part of the festivities, the Moolavar- Pallikonda Perumal is beautified with armour of pearls called as Muthangi Sevai. The door of Paramapada Vasal is opened once in twelve months, on the day of Vaikuntha Ekadashi. It is believed that devotees who pass through the holy doors will get to vaikuntham (the eternal abode of Lord Vishnu).


Salutations to the Sri Renganatha Swamy who never neglects his devotees!

Note: No archanai will be done to moolavar during muthangi sevai