It is a well-known fact that Tiruchirappalli, fondly called as Trichy by the Tamil speaking population living all over the world, is a celebrated pilgrimage destination of Tamil Nadu. Trichy is dotted with temples, churches, mosques, mutts and ashrams across the length and breadth of the city, receiving hundreds of thousands of devotees from all over the globe, throughout the year. As a matter of fact, Trichy is one among the most visited cities in the southern state for its religious sites. 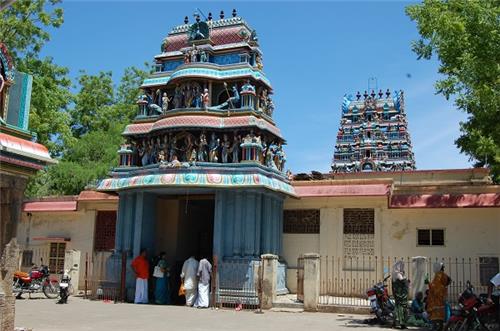 Vayalur Murugan Temple is around 1,200 years old constructed during the rule of the Chola dynasty (one of the three greatest Tamil dynasties). The temple's historic position is distinctly portrayed by the Epigraphy Branch of the Archaeological Survey of India, which has traced almost twenty inscriptions seen on the walls of Lord Siva shrine in the temple complex. The inscriptions comprise information to state that the Vayalur Murugan Temple has received a lot of royal gifts and assistance of the Cholas who include Paranthagan I, Raja Raja Chozhan I, Rajendra Chozhan I, Kulothunga Chola I, Rajakesari I and so on. According to the inscriptions this sacred spot  was also known as Tenkarai Brahmadeyam Nandivarma Mangalam and Uraiyur Kutrattu Vayalur. 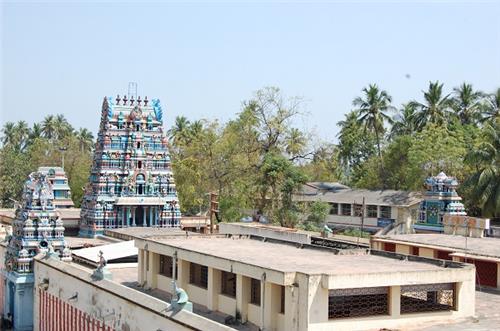 Legend has it that a king of the Chola dynasty arrived at this location in search of water after hunting for long hours. The Chola king noticed sugarcane and he thought of drinking the juice from it. When he tried breaking the sugarcane, the king was appalled to see the blood leaking out of it. On attempting to know more about this mysterious circumstance, he went on to dig the earth and found a Sivalingam (Shiva linga). With astonishment, the Chola king then decided to construct a temple on the very spot. 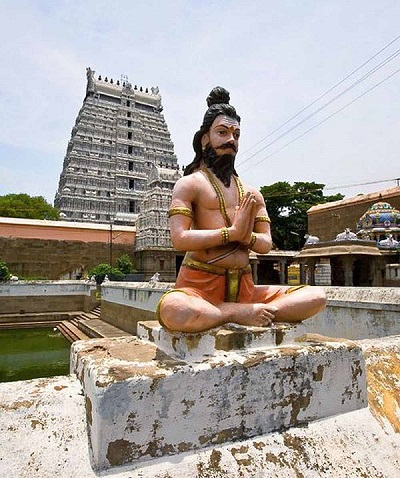 According to Hindu mythology, Lord Muruga after saving Saint Arunagirinathar (a 15th century Tamil poet saint) from Tiruvannamalai Annamalaiyar Temple, he gifted the saint with the first few verses 'Muthai tharu' of Thirupppugazh. After composing these few verses, the saint poet gets back into meditation. Lord Muruga summoned him to Vayalur and expected him to sing Thirupppugazh. The saint poet got filled with uncontrollable emotions and expressed the desire to Lord Muruga to indicate him the manner of presentation. 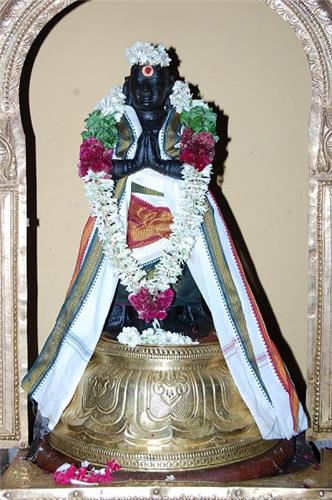 With god's grace, he composed poetry on Sri Poiya Ganapati and subsequently the renowned Thirupppugazh, a collection of Tamil religious songs consecrated to Lord Muruga. Therefore, Vayalur gains distinguished importance as this is the spot where Arunagirinathar composed Thirupppugazh which is regarded as the maha mantra of Lord Mururga. 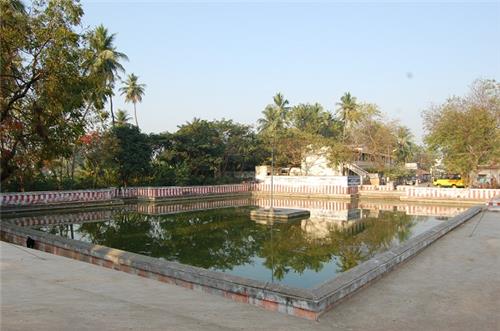 The Vayalur Murugan Temple is environed by agricultural fields on all the sides. Small streams crisscrossing the fields are found in abundance. The agricultural fields are called as 'vayal' in the local language of Tamil and thus the spot is known as 'Vayalur'. The principal shrine is facing east and the primary entryway into this elegant temple is through a beautiful rajagopuram (main temple tower) heading into the temple complex. The intricately designed temple tower comprises of five anganams. Just ahead of the temple complex, a holy temple tank (on the southeast side) is found which is called as Sakthi Theertham also known as Agni Theertham. It is popularly believed that Lord Muruga himself had made this sacred tank by his mighty weapon Velayutham. 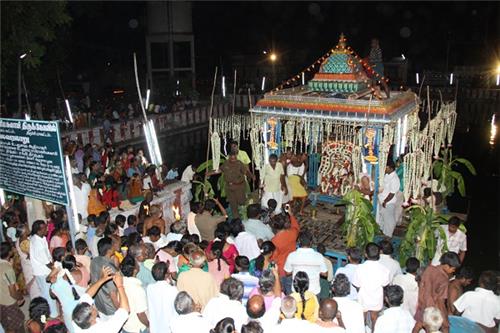 One can see the Teradiyan sannadhi near the Sakthi Theertham. Proceeding further through the raja gopuram (main temple tower), devotees can find the Sthala Vriksham (the massive tree that is indigenous to the historical Vayalur Murugan Temple) Vanni Maram (Binomial name - Prosopis cineraria) and a temple well in the first temple prakaram. On entering the second prakaram through the new temple tower, devotees can find the Arulmigu Aathinathar Swami sannadhi also known as Sri Agniswarar (Lord Siva shrine). 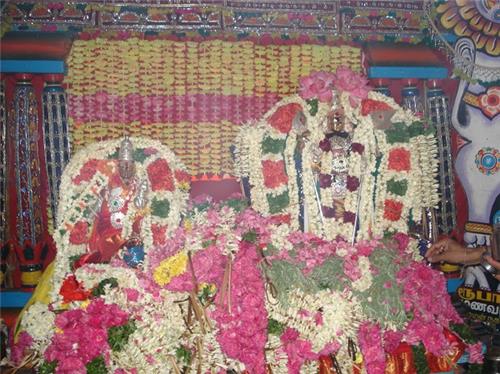 Right behind the Arulmigu Aathinathar shrine is the main sannadhi of Arulmigu Subramaniya Swamy sannadhi who offers blessings along with his consorts Sri Valli and Deivayanai. Sri Valli-Deivayani sametha Subramaniya Swamy appears single faced, with four hands in a standing posture with his vahana mayil (Peacock) alongside called as Devendra Mayil. 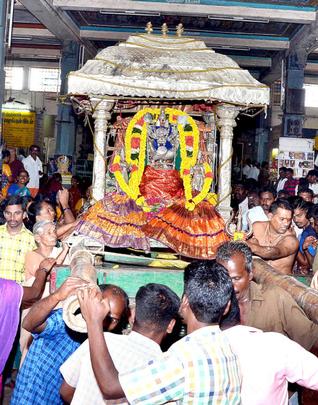 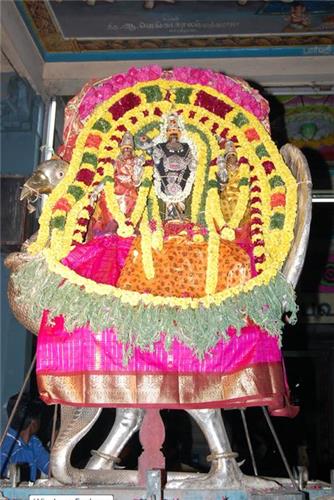 A special mention has to be given to the Navagraha sannadhi, which is located in the north-east corner of the Vayalur Murugan Temple. As the sannadhi houses the solar deity Surya along with his consorts Sayadevi and Ushadevi in standing posture and the remaining eight grahas, that is, Chandra, Mangala, Budha, Guru, Shukra, Shani, Rahu and Ketu are facing the Surya. It is widely believed that all bad lucks (doshas) induced by the eight grahas are completely destroyed by the graces of Surya and Sri Subramaniya Swamy as well. The temple also houses Lord Natarajar who offers his blessings in a rare posture Sadura dance pose.

Accommodation Facility:
Rest house is available close to the temple