Tiruchirappalli, affectionately called as Trichy by the Tamil speaking population living all over the world, can well be regarded as a spiritual hub. The urban centre is the home of a lot of illustrious religious spots that include Srirangam Sri Ranganathaswamy Temple, Samayapuram Mariamman Temple, Thiruvanaikaval Jambukeswarar Akhilandeswari Temple, Amma Mandapam Ghat, Thirupattur Sri Brahmapureeswarar Temple, Rockfort Ucchi Pillayar Temple, Our Lady of Lourdes Church, Natthersa Mosque and so on. 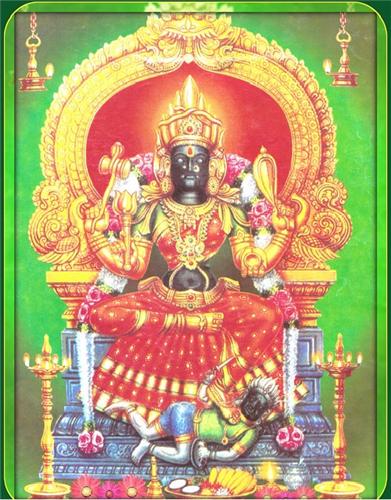 An unmissable name in the travel plan of Trichy, Woraiyur Arulmigu Vekkalaimman Temple is a must visit Hindu temple dedicated to Goddess Parvathi. The far-famed Amman temple is located in Woraiyur (often spelled as Uraiyoor or Urayur), a bustling suburban area of Trichy. Situated just 7.2 km away from the city center of Tiruchirappalli, Arulmigu Vekkalaimman Temple is one of the most ancient, illustrious and over-the-top Sakthi sthal in South India.

The notable Sakthi Sthal is located in the historic neighborhood of Trichy, Woraiyur. The region was the home base of the early Cholas - one of the three ancient Tamil kingdoms where the other two being Cheras and Pandyas. The area has a long history that dates back prior to 2 BCE.

Parantaka Chola was governing the area then. His teacher Sarama Munivar was an ardent devotee of Lord Shiva. The guru Sarama Munivar made a dedicated garden for Thayumanaswami (Lord Shiva) farming flowers for the exclusive purpose of performing poojas. However, the Chola king Parantaka Chola who reigned the region then was claiming those blossoms for his wife. Getting to know about the king taking flowers from his dedicated garden, Sarama Munivar warned the king of his wrongdoings. 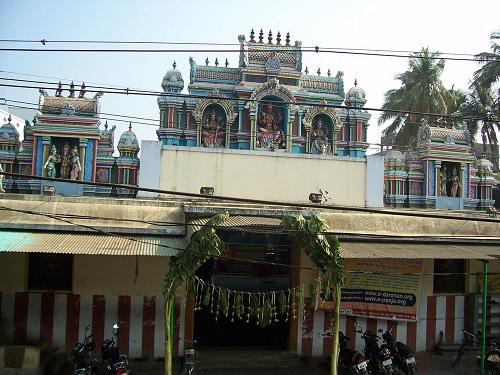 The stern word of advice of Sarma Munivar made the king to reply in a furious fashion, humiliating the sage. The king went on to add that the flowers will be taken to the queen and only the remaining flowers will be allowed for the sage to be taken for his poojas. The pained munivar appealed to Lord Shiva. Angered Thayumanaswami turned over in the westerly direction and opened his third eye seen on the forehead.

Uraiyoor was brought down to ashes by the fire rain that broke through from Lord Shiva's third eye. The massive fort of Parantaka Chola was totally destroyed. The panic-stricken local masses started to run for refuge. The one and only location that evaded from the wrath of Lord Shiva's third eye was the open ground where Goddess Vekkaliamman remained. People in large numbers surrendered themselves to the goodess. 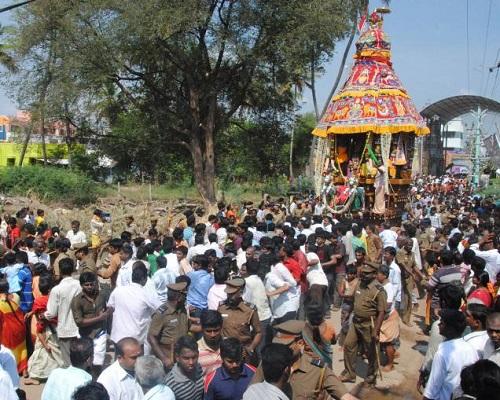 Answering to the prayers of helpless people, Goddess Vekkaliamman took the figure of a full phase of the moon and came along before the Lord Shiva to allay his furiousness. Finally, Lord Shiva calmed down and the infuriated fire rain from his third eye ended. Also, the queen was about to produce a new life then and she fell into the Kaveri river to escape from the fire rain. She was saved downriver on account of her devotedness towards the goddess Vekkaliamman. Since then, the Cholas became ardent devotees of Arulmigu Vekkaliamman.

Uraiyur people are very thankful to the goddess and remain to revere her as their guardian for generations.

The main shrine of the Woraiyur Arulmigu Vekkaliamman Temple houses the majestic structure of Goddess Vekkaliamman (main deity). The unique feature of the temple is that there is absolutely no roof installed over the sanctum. The monumental structure of the goddess is seen in a majestically seated posture (Yoga Pitha posture) facing northwards. The goddess seen holding an Akshya patra (holy bowl of elixir), trident (three-pronged spear), rope and an udukkai (portable drum) in her four hands. 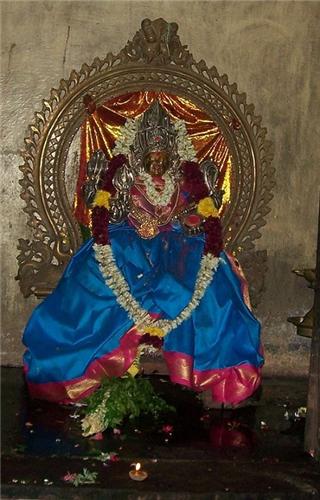 The right leg of the goddess is seen in a bent position while the left leg is seen resting over an evil supernatural being. The holy abode of the Goddess Vekkaliamman has an adorned golden chariot of 9.75 ft in tallness (made of 10.5 kg of gold and 25 kg of silver). At present, the Woraiyur Arulmigu Vekkaliamman Temple is administrated by the Hindu Religious and Endowment Board of the Government of Tamil Nadu.

With respect to history, Hindu temples facing northwards are regarded to offer triumphs on endeavors. The Cholas revered the Goddess Vekkaliamman before leaving for the battleground. The population of Trichy considers Goddess Vekkaliamman as the rescuer god during difficult times.

Furthermore, devotees who visit the Woraiyur Arulmigu Vekkaliamman Temple
use to present their troubles in the form of a written material and tie it inside the temple premises. Devotees believe that the goddess will go through their prayers and redress their problems. Devotees also light lamps in the shrine as a part of their worship.


Mythology behind Absence of Roof

Although, Lord Shiva calmed down and stopped the fire rain from his third eye on the prayers of the goddess, the people of the region had lost their homes. Therefore, the Goddess also chose to live in a temple without a roof, until everyone in the region had constructed a shelter for themselves. 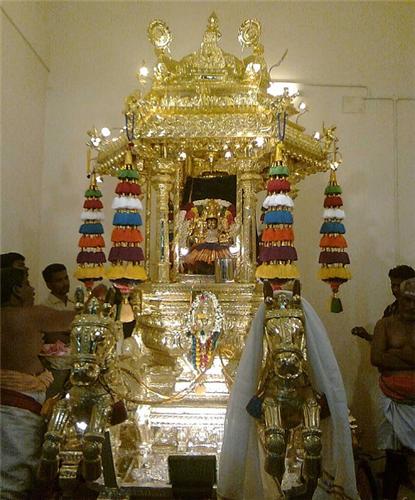 From then till today, Arulmigu Sri Vekkaliamman Temple does not have a roof. The Goddess is open to the sky, be it sunshine or rain. It is supposed that, several efforts have been made to construct a roof at various times, which concluded vainly.